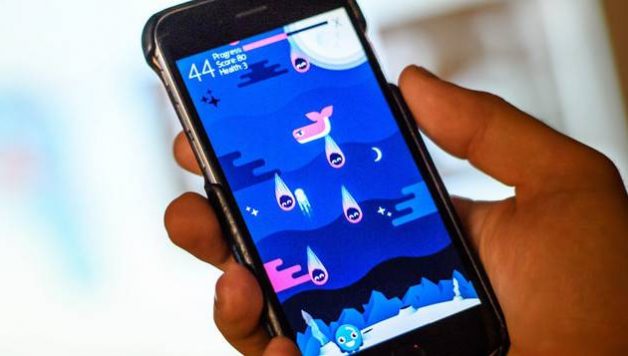 Play a Game with this Stop Snoring App No ratings yet.

Soundly is a stop snoring app that could actually be fun

What if we told you that curing snoring could be fun, with the use of a stop snoring app?

Well, as it turns out, that idea could be closer to reality than a lot of people think. The University of Minnesota has been working on a project that could change the way a lot of people solve their snoring woes… and it doesn’t even involve any oral devices.

Believe it or not, the treatment comes in the form of an app. But it’s not just any app. The app requires you to make specific sounds to play a game. And when you make these specific sounds, your tongue gets a much-needed workout. This tightens up the muscles in your upper-airway… and the theory is that this can help you to prevent snoring in the future.

What exactly is it?

The app, which is called Soundly, requires you to make a nee-nee, or naw-naw sound while playing. It is essentially a voice-controlled version of a game that might remind you a lot of Space Invaders, except that the graphics seem to show a big whale dropping missiles with faces at you instead. The graphics are cartoony and light-hearted, but the app does legitimately look fun to play.

And though you are required to make noises to move your character around, it seems to be a viable way to kill time while having some fun, though it might also help your quality of sleep at the same time!

According to sources that we’ve been reading, using the game for just 15 minutes a day could potentially reduce your snoring in as little as six weeks!

The market potential for such a product is huge. Up to 30 percent of people age thirty and above are snorers. Among middle-aged people, the proportion rises to 40 percent.

How does it work?

To put it in plain terms, making these sounds like this, over and over again, is not so different from doing ‘pushups’ with your tongue.

There was a pilot clinical study done with the app, and it proved to be quite effective. There was an average decline in snoring of more than 20 percent overall, with a decline of 60 percent for some of the participants.

It is set for a launch date later this year, but one of the problems now is figuring out what to charge for it. Comparable brain-training apps sell for somewhere between $9.99 and $14.99 a month. That might seem expensive when you take into account how many ‘free’ apps are available online, but this app is designed to help you overcome snoring—and that is no small feat.

Getting the price right, however, could mean the difference between an app that succeeds, or an app that tanks.

Overall, we think Soundly is a really interesting concept. Time will tell how many people try it and find it effective.

What do you think… will an app like this have a shot at solving snoring problems for a large number of people, or do you think it’s just a gimmicky idea that will disappear and be forgotten over time?

Would you try a gaming app that also promised to help you with your snoring problem?

Joshua Sigafus is just a writer trying to make the world a better place. He writes extensively about positive living, health, wellness, success, and happiness, and you can check out his daily blog at www.livinginspringfield.net for daily positive vibes and blog posts. 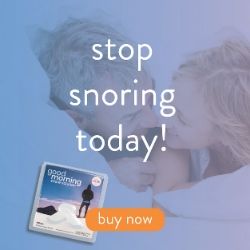