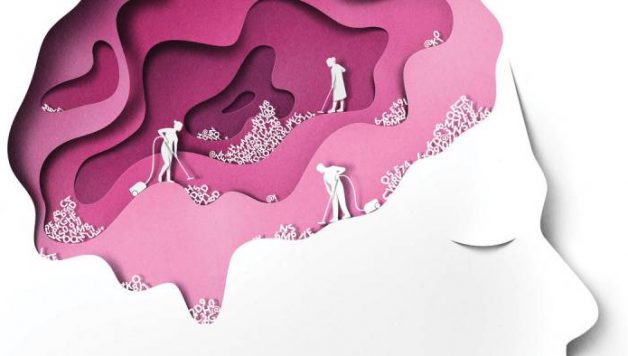 Why We Need Sleep To Survive No ratings yet.

We all know that humans need sleep. In fact, if you have ever been sleep-deprived, you probably know exactly what we’re talking about. Going without sleep becomes monumentally more difficult for most people as time goes on. And it is also a proven fact that going without it long enough can be fatal.

But what about sleep? Is sleep so essential that you need it for survival? Or will you just feel ‘tired’ if you don’t get it?

As it turns out, sleep is absolutely essential… and researchers estimate that you can only go about 11 days without it. After that, your chances for survival begin to diminish drastically, and you will most likely perish.

But even before that, the effects of sleeplessness will begin to manifest themselves in powerful ways. For example, going just 16 hours without sleep will lead to pretty drastic mental and physiological deterioration. And after 19 to 20 hours, this deterioration has often reached the point where you are so impaired that your mental state could very accurately be likened to being ‘legally drunk.’

But Why? Why Exactly Do We Need Sleep?

This has actually been a topic that has enjoyed wide and varied debate among scientists… because, to be quite honest, the answer is not as clear-cut as you would think. Interestingly, it is not our bodies that need sleep the most. But rather, our brains.

In 2013, scientists made a pretty interesting discovery, and we are going to discuss it here. There are still a lot of mysteries about our own brains that we have yet to discover. But as we grow and evolve as a species, we learn more and more about how we function… and sleep, not surprisingly, serves its own fundamental purpose in this ongoing process.

Here is what you need to know.

The Importance of Sleep

If you do a Google search about sleep, you will probably hear some really generic answers about ‘revitalization, restoration, and creativity.’ Sleep is required for our brains to process stored information, to keep us alert, and to keep our brains capable of functioning at full capacity.

Well, this is all true, but it is not the entire story.

Danish scientists have, in the process of testing and monitoring mice as test subjects, learned that animals’ brains ‘compress’ and shrink when they sleep. The reason for this is linked to water weight. As with most of the body, water weight, in the form of blood, is what makes up most of the mass of the brain.

Our brain is literally fueled by our blood, and while we are awake and using our brain, it is ‘plump’ from all of the blood being pumped to it. But when we go to sleep, different parts of our brain end up shutting down. When this happens, the blood in those parts leaves, reducing the swelling across the neurons, and creating empty spaces.

Blood and the Lymphatic System

For a number of years, researchers believed that the brain may recycle toxins… but in hindsight, that idea never made an incredible amount of sense.

But these Danish scientists, who started studying mice, made a pretty remarkable discovery about sleep over the course of their experiments. You probably know that the brain is surrounded by something called cerebrospinal fluid. And this stuff is rather interesting when you start to take a closer look at it.

And as science would have it, the Danish researchers who performed these sleep studies on mice actually figured out that it plays a huge role in this process.

Cerebrospinal Fluid, and the Role It Plays in Cleaning the Brain

So we know that when we sleep, our brains shrink. Different parts of our brain shut down, and the blood temporarily retreats from certain parts of it to reduce inflammation.

Our brain exists inside of a compact space. There really isn’t much room in our skulls for a lot of extra activity… so the fact that our brains perform the way they do is actually quite a miracle of nature.

Every human undergoes 5 stages of sleep every 90 minutes. And what scientists found out was that our body uses cerebrospinal fluid, which surrounds the brain during the day and protects it from direct impact with our skull, to gently flow through the shut-down parts of our brains to clean it during these phases.

In a very real sense, evolution has used the cerebrospinal fluid to fulfill two very important functions. It not only protects our brain, but also helps to cleanse it while we are unconscious.

So Why Is It Dangerous To Go Without Sleep?

If the brain goes for too long without sleep, the toxins build up to dangerous levels… and eventually, they will kill us. It takes about 200 hours, give or take, for this to happen. But sleep deprivation is also linked to a huge number of other problems (less severe than death, but certainly dangerous) that also threaten our safety and wellbeing.

And many, many more. A lack of sleep has even been linked to diseases like type 2 diabetes, Parkinson’s, and Alzheimer’s.

We all know that obesity presents its own set of problems. To be overweight puts a strain on your heart, organs, and body… but did you know that sleep deprivation can play a key role in how your body sheds (or retains) extra body fat?

According to a study that was published in the European Journal of Clinical Nutrition back in 2016, people who don’t get enough sleep tend to consume an extra 385 calories the following day.

And interestingly, sleep-deprived people don’t necessarily eat more than people who get enough sleep. They just tend to crave foods that are higher in fat and lower in protein… probably because their bodies are trying to make up for the lack of energy that they are feeling as a result of not getting enough rest.

It is also proven that sleep loss can stimulate the production of a hormone that makes us feel hungrier. So in this case, it is also possible to just eat more when you don’t get enough rest.

Your quality of rest can actually play a huge role in your obesity risk. It affects everything… from your motivation, to your appetite, to your metabolism, to your activity levels.

It has even been shown that people who get enough sleep literally shed more weight with the same diet and exercise as people who don’t.

So yeah. The moral of the story is just this… make sure that you get as much sleep as possible… at least enough to be well-rested. Most adults should try to get at least 8 hours of sleep every night, if not more. Making this a goal — and part of your regular routine — will enable you to live a longer, healthier, and happier life.